The greatest impact one can have on their land is harvesting. Logging provides the gift of "new life" to the forest and is critical for wildlife. It creates an opportunity for change and renewal through both natural regeneration and by planting new trees.  After a year in planning starting in December 2017, we conducted our first logging operation since buying the property. The process wasn't completed until March of 2019. More about this below. But first a quick outline of what was done just prior to buying the land.

In the winter of 2010-11, two years before we purchased the property, a large logging operation occurred.  As part of their management plan, two different types of harvesting were prescribed and utilized over 60 acres.

1. An 18 acre parcel was clear cut in the center of the property. Located between field 2 and field 3, this was a perfect area to cut as it was mature northern hardwoods. Those 18 acres were divided in two areas for reproduction. The northern 9 acres has returned to thick aspen with scattered maples and oaks, that is ideal habitat for many species for both cover and as a food source for about 10 years.

The southern half was professionally treated by spraying and discing with a large forestry machine preparing it for a conifer regeneration site. That site was scheduled to be planted the year we purchased it, so we proceeded to plant it. All the seedlings we acquired through the MNDNR Badura nursery. It was only through the gracious help of friends we got so many trees hand planted! 3,500 were large red pine transplants called 3-2's. To plant them we needed to use post holes diggers to get the large root system in the hole. Many of these trees today are 6 feet tall. The balance was, white pine, balsam fir, white spruce and red oak.  In 2014 another 2,500 seedlings were hand planted, filling in were some had died but also adding more coverage area. The pictures below show planting and also bud capping the trees to prevent deer browsing off the terminal buds. You can also see the growth each year between the bud capping. This is a lot of work, but the effort is rewarding in quality seedling growth. We have done this for 5 years.

2. In another area scattered over 40 acres, a different type of harvest took place. It was called a "selective cut". This is where certain trees are left for various purposes. Many of the large oak were left to act as both a seed trees and for a food source for wildlife. The large pines were left to act as a seed source for natural regeneration and the old maples retained for maple syrup. Also, some old dead hollow trees were left to provide nesting sites for a range of birds as with  downed logs for grouse.

Our logging operation began late 2017-18 as a winter cut. It served five purposes.

1. Removing some over mature timber.

4. Removal of some invasive species.


About 17-18 acres, in 2–3-acre size parcels, were cut.  When tallied, we harvested 350 cords of aspen and miscellaneous hardwood saw bolts. Mixed Firewood was around 60 cords. Also, some 20,000 board feet of red Oak saw timber was cut and sold to area sawmills.  Some areas were clear cut and some using the "selective" logging method. Both types of cutting will create new wildlife openings and a renewed food source within the maturing hardwoods. We also completed some TSI - timber stand improvement work. In August 2018, two 30-year-old red pine plantations were thinned by removing every third row yielding 21000 BF.  Two additional acres were also clear-cut due to the invasive "non-native" black locust that were planted around an old homestead many years ago.  That area was chemically treated in 2019 and 2020 to reduce any root sucking and stump sprouting.

Other landings were used also to dispose of the excess slash from the logging operation by burning in December 2018.

Additional areas scattered throughout the property were and will continue to be hand thinned to improve the "Sugar Bush" and access to the maples for collecting sap.

Some areas being harvested as outlined above will be replanted, others we will allow for natural regeneration directed at wildlife habitat. These cuts, as per the Management Plan, reduce the threat of forest fires and insect & disease infestations getting rid of some over mature northern hardwoods.  These various cuts and reforestation techniques will help ensure a healthy wildlife population on the property well into the future. As a Certified Tree Farm, keeping the property the best, it can be through detailed management is very important to us. It is time consuming but very rewarding. Plus, the logging generates a nice income!

Planning The Next Harvest

This map illustrates our planned future cuts. Although the property has an estimated 3000-3,400 cords of aspen, 600-800 cords of mixed hardwoods, 130000-145000 BF Red Oak saw timber and 80,000-100,00 BF or Red Pine saw bolts, the next cuts will be cutting only portion of those values.  We have seen demand for stumpage increase dramatically the past several years and this equate to "money growing on trees"  for fututre harvest. White areas are for 2024 and Yellow for 2031. Red Area is the landing, red line skid paths and blue line access and haul road. Each area will create the maximum edge effect while harvesting the mature timber (mostly Aspen and Birch). Cuts are made strategically within property boundaries whereas hunting stands can be placed for maximum effect and optioned for wind direction. Cuts are also planned with regardless to current roadways and future paths and to minimize site disturbance.

Logging will be done in tree length with all slash to be at landing areas for easy dispersal. 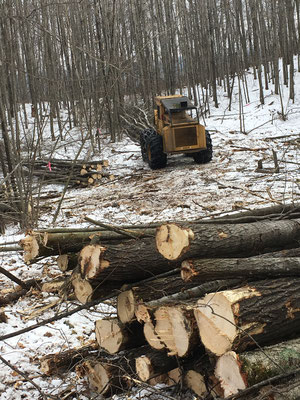 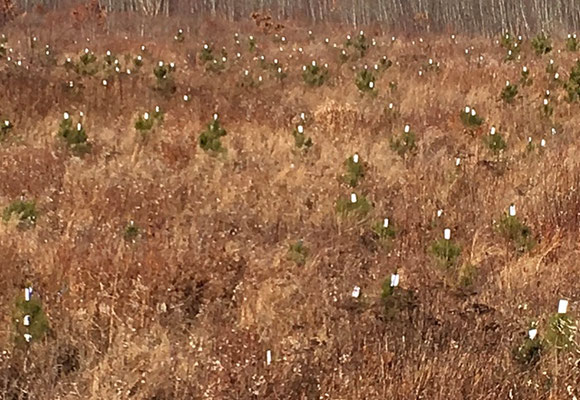 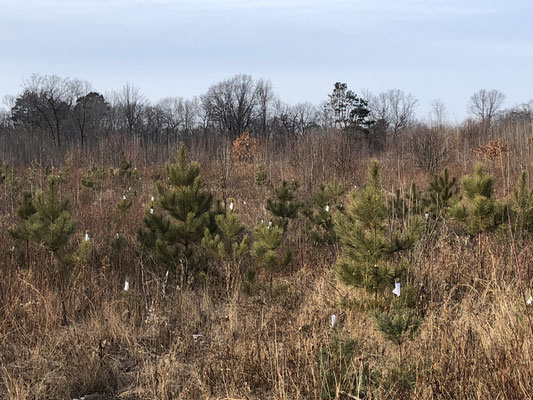 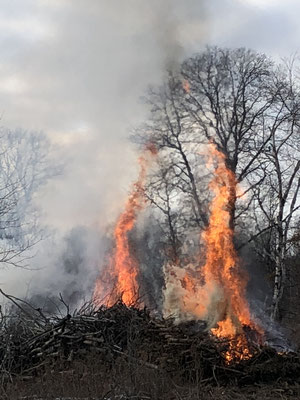 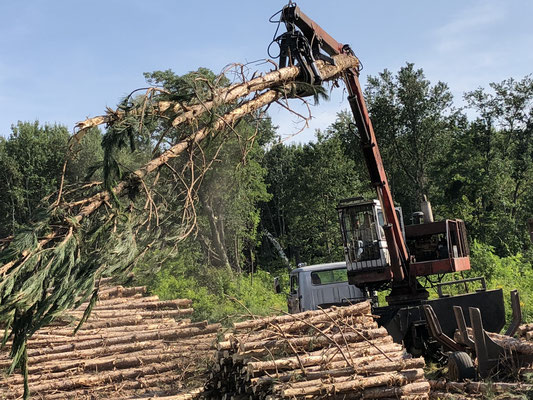 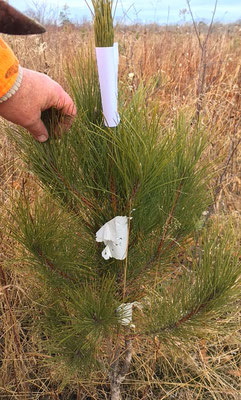 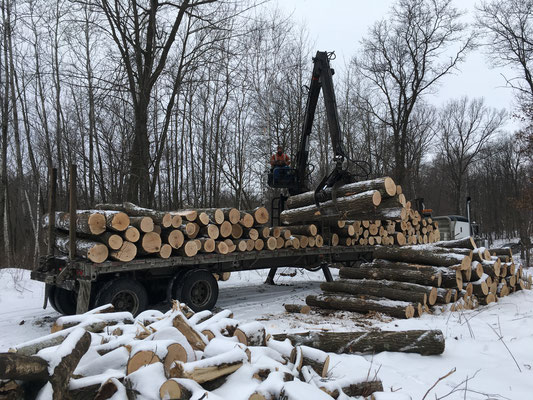 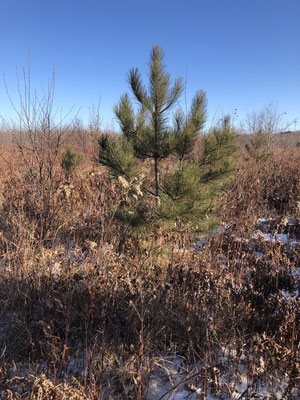 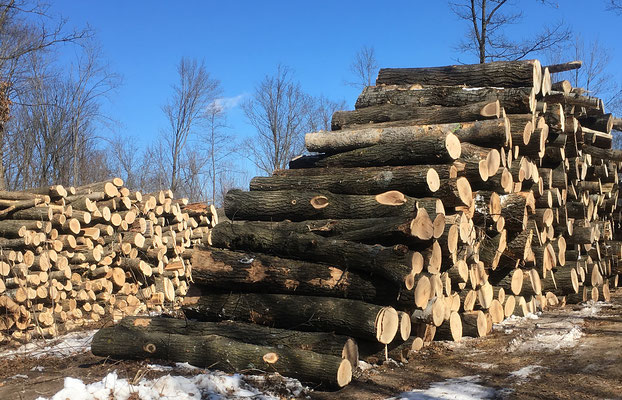 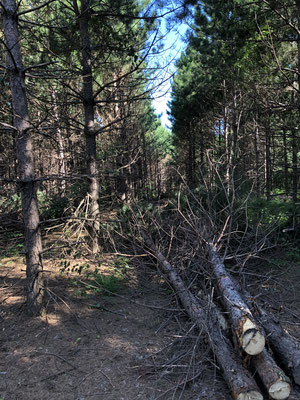 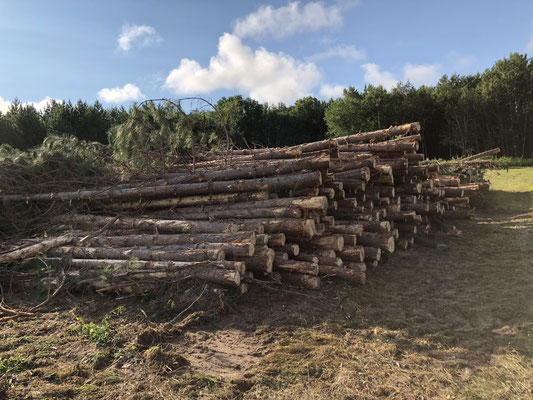 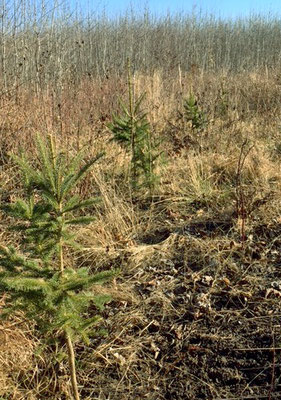 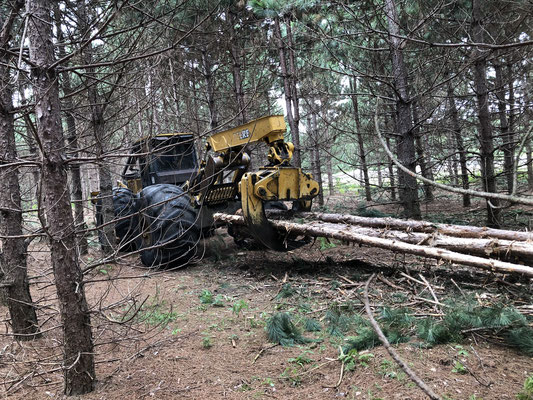 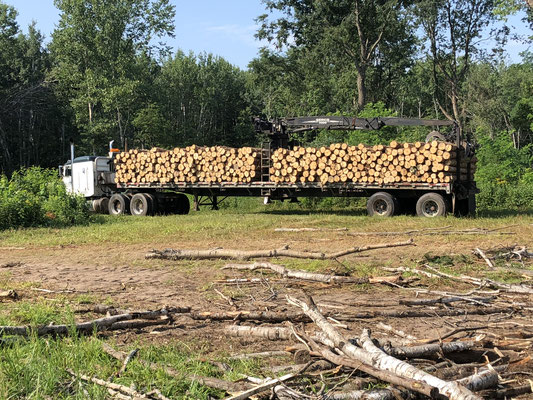 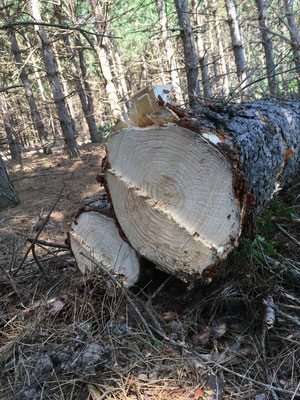 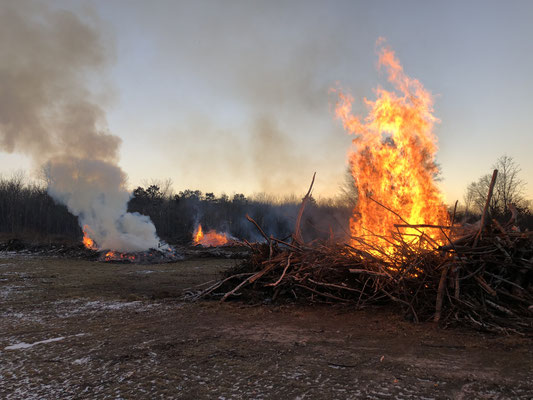 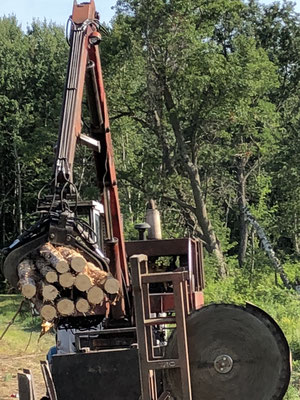 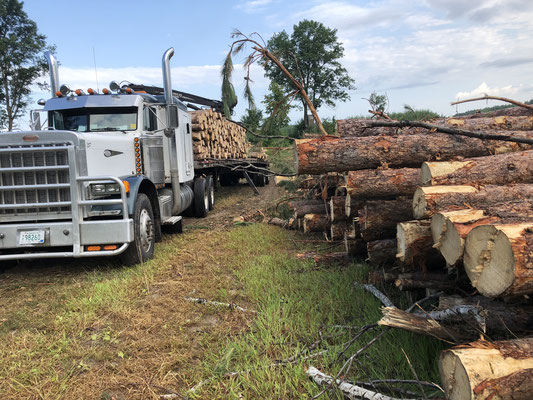 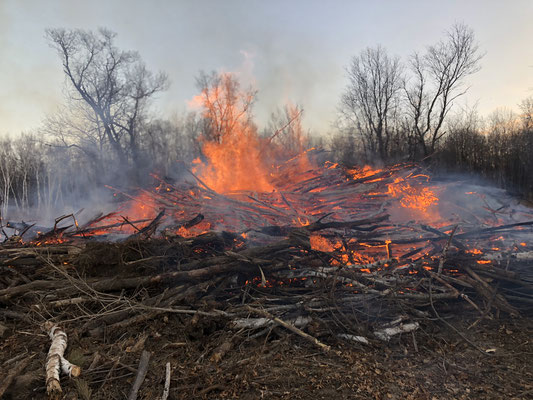 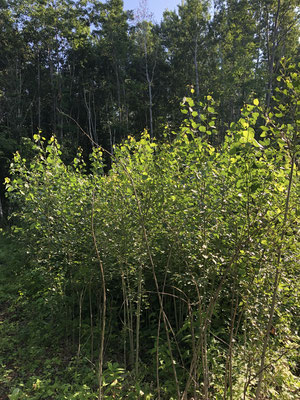 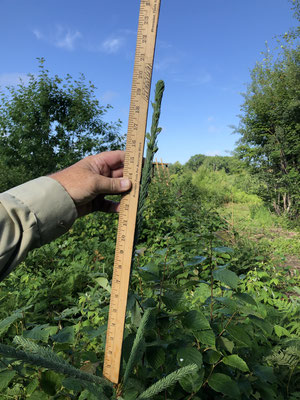