To provide maximum utilization of the property, an extensive network of trails was required. Without, how the property was planned to be used and currently is could and would not occur.  The trails are for hunting, management activities, possible fire control and other recreational activities.  Prior to creating the trails, a complete survey was required. I wanted all the trails to run the parameter of the property, yet always be on the property so they remain private.  So, within weeks of the purchase, the registered survey was done and recorded with the county. Accompanying the surveyors, I marked the boundaries as the surveyors ran the lines and pinned the corners.

When we purchased the land there was about a two miles of old logging trails. Immediately upon completion of the survey, repair of the old and construction of new trails began. Utilizing a mulching machine, the trails that had been painstakingly planned were started. Being conducted in January, progress was slow. Only about a 1 1/2 miles  were completed before a snow storm force a withdrawal of the equipment until April. However, by the end of the summer almost 7 miles of trails were completed. Over the course of the next couple of years more trails were constructed either by bulldozer or by hand. Today, after the 2018 logging,  the trail system is over 9 miles long. They are all maintained keeping the pathway clear for the varied uses.

There were so many trails it became apparent they needed names. So over 100 cedar road signs were  made to prevent people from becoming lost while using the trails. With all the trails having names, it also made hunting safer as people could accurately describe where they were going.

All 4 grandchildren has a road named after them; Reagans Run, Holly Hill, Aria Way, and Avery Ave. Below is a map and complete list of the trails. 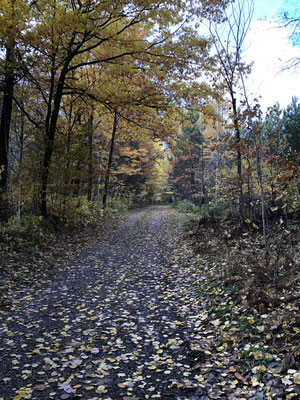 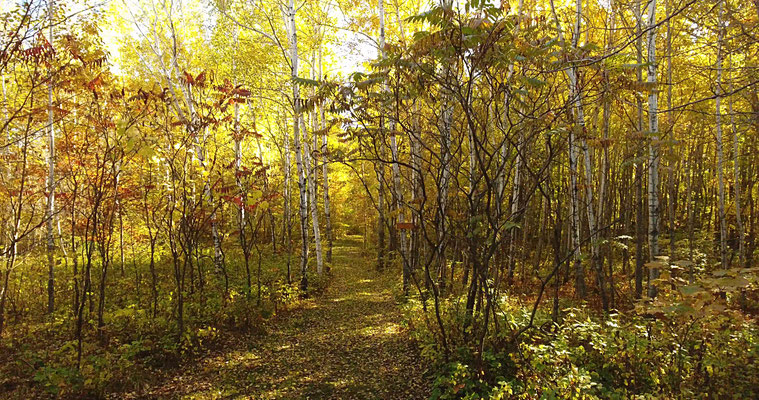 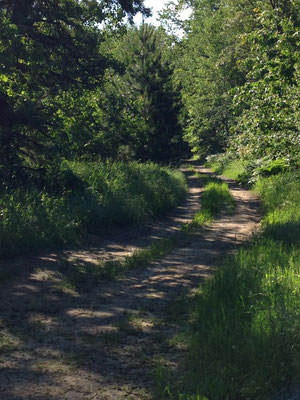 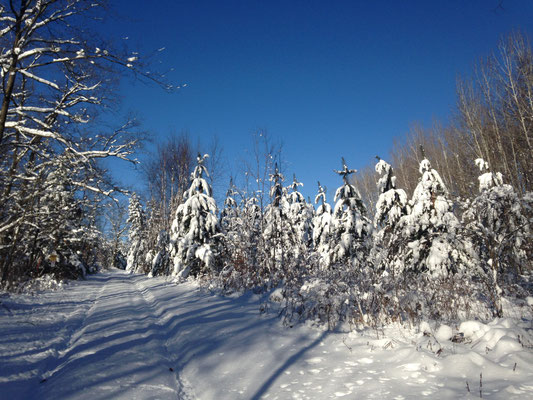 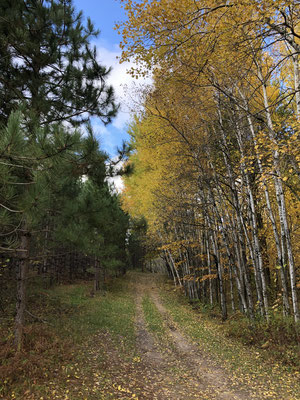 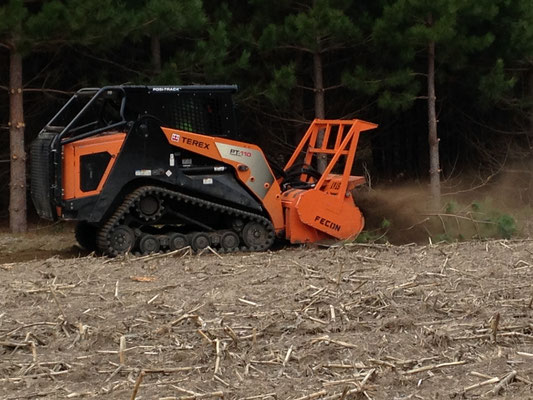 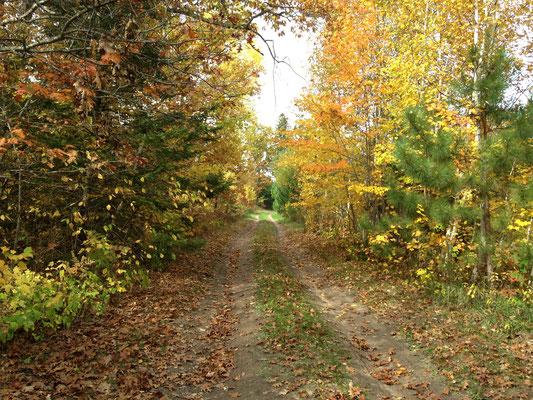 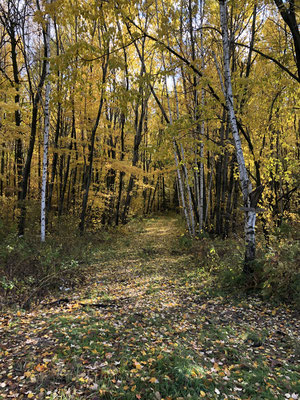 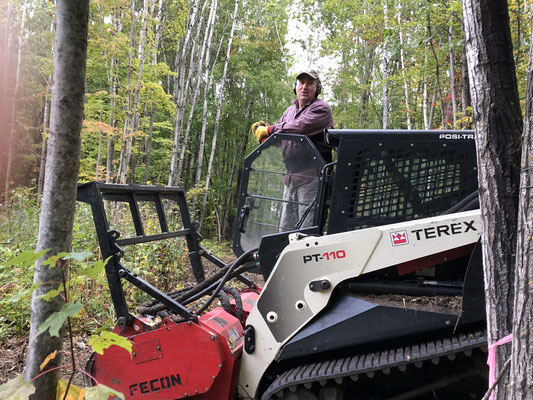 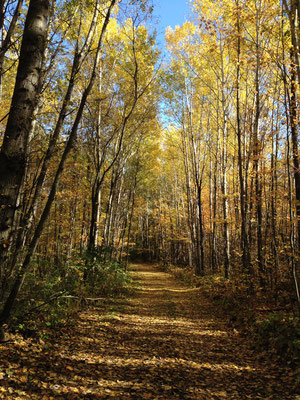 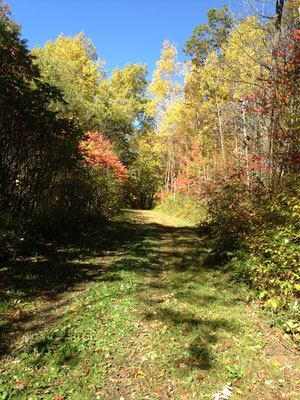 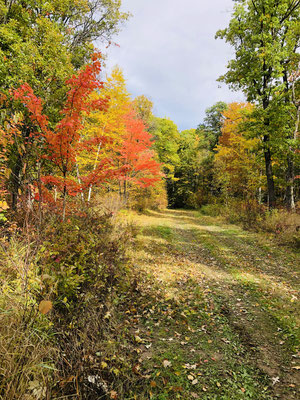 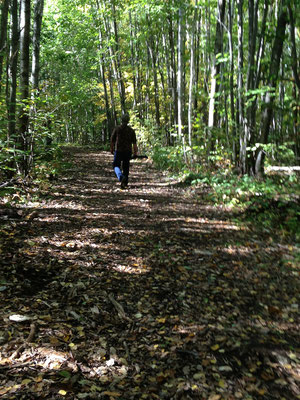 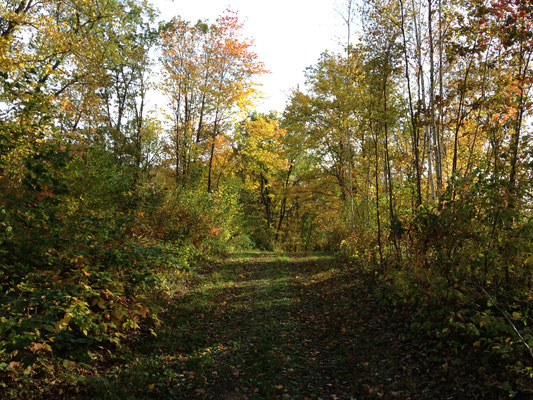 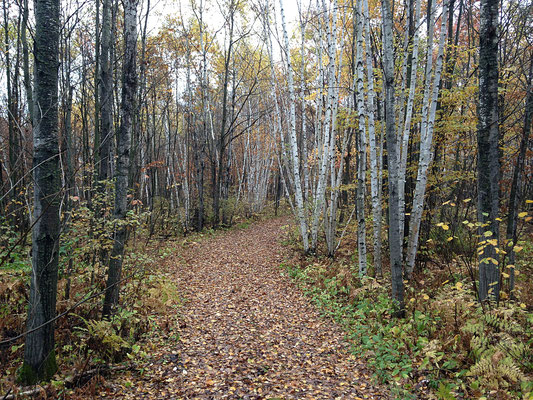 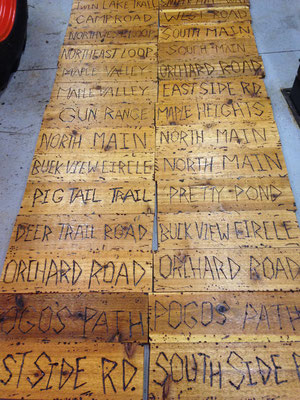 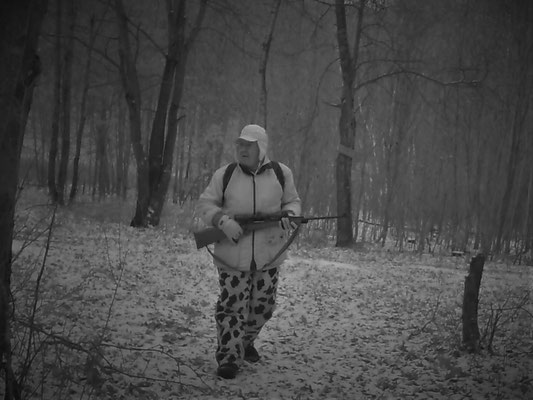 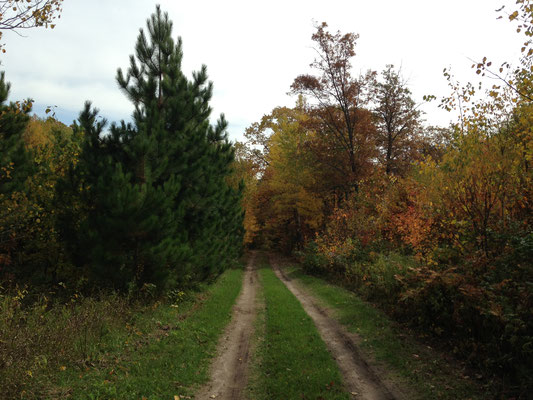 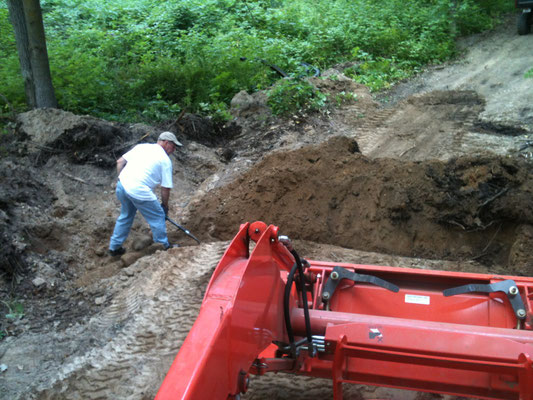 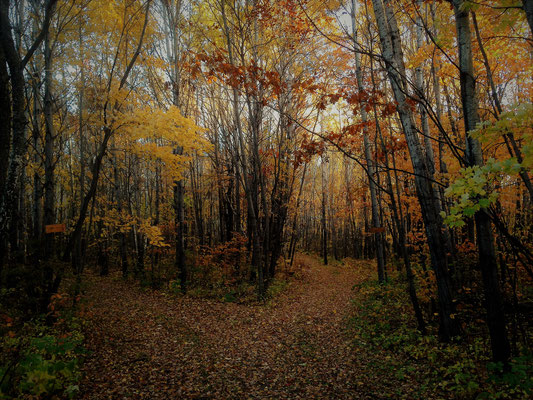 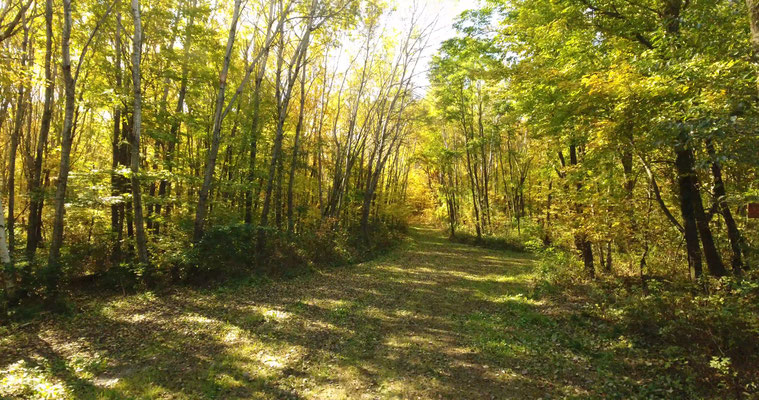 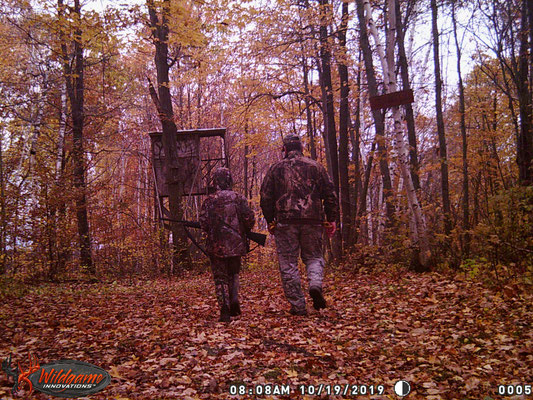 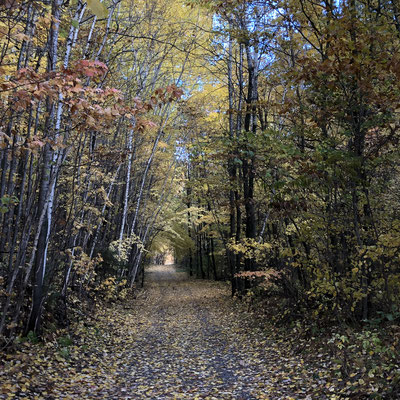 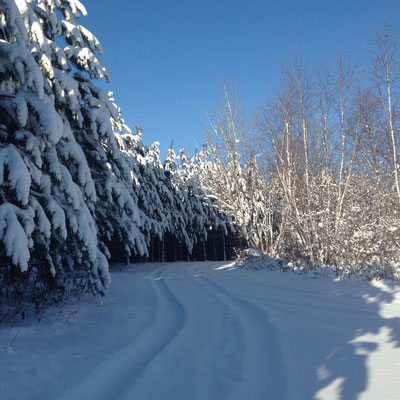 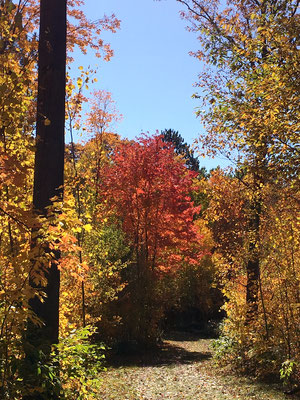 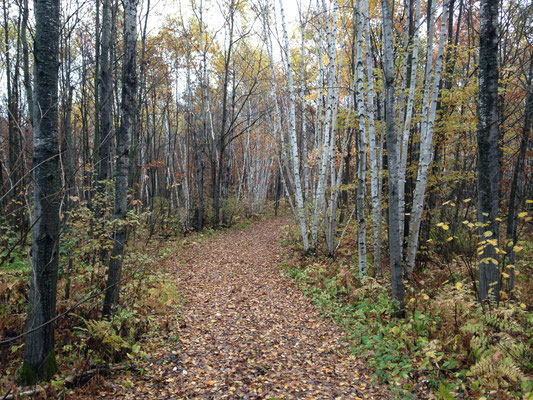 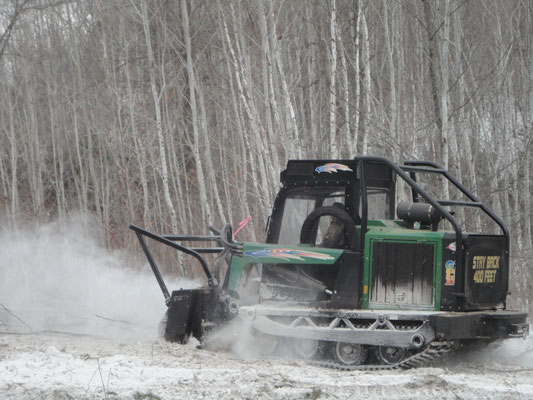 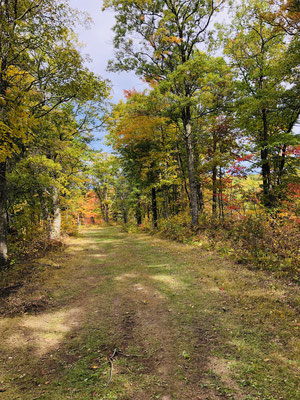 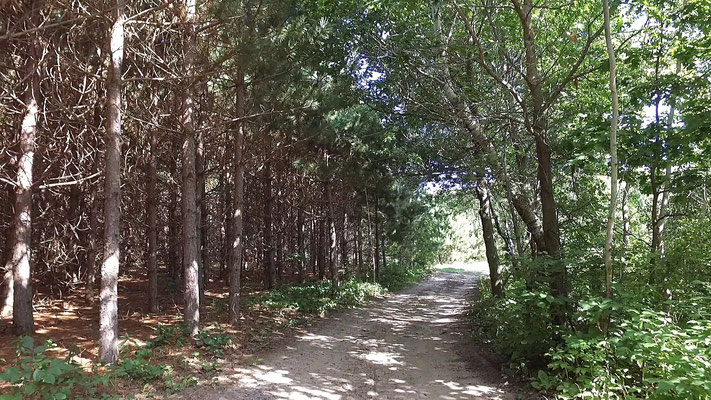 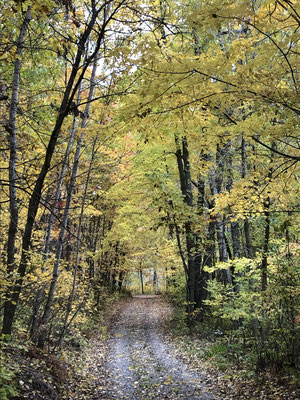